Luke Combs at the DCU Center

New country music sensation, Luke Combs, will be visiting the DCU Center in early March. His “Beer Never Broke My Heart Tour” is selling out quickly across the country. The show at the DCU center, which also features Lanco and Jameson Rodgers, is already sold out. Doors open at 6pm and the show begins at 7 o’clock for the March 2, 2019 event. Start your concert with concert car service from Knight’s Airport Limousine.

The Luke Combs concert will allow country music fans to see the 2018 Country Music Association New Artist of the Year winner up close and in person. Combs made a huge splash on the radio charts with his single “When It Rains It Pours.” His debut single in 2017 went all the way to #1. He followed up with “She Got The Best Of Me” in 2018. The song reached #2 on the Billboard charts. His other songs “Hurricane” and “One Number Away” both peaked at #3 in 2018. His 2019 release of “Beautiful Crazy” also reached #2. Combs doesn’t show any signs of slowing down in popularity. His following is growing quickly and his shows are the current ticket to buy in the country music scene.

The Luke Combs concert should be one of the most popular attractions at the DCU Center this year. Country music lovers in Worcester, Massachusetts should be in for a great treat as one of the rising stars of the industry pays a visit.

The multi-platinum artist has already delighted crowds at the CMA Fest, Austin City Limits, and some of the most well known venues in the country. Combs has previously been serving as an incredible opener for fellow country music star Jason Aldean on his tour. It didn’t take long for Combs to establish himself as a front-runner for major awards and get his own tour.

Event attendees for his concert on March 2 might be wondering how they can get to and from the show in safe fashion. DCU Center transportation is available through various means. Did you know a private car service is also available to patrons of the concert? Booking a private car service with Knight’s Airport Limousine to the event could save you time and energy. You shouldn’t have to worry about how you will arrive and depart from the venue. As a concert-goer, you might enjoy a few adult beverages. Making the most of a private car service can allow you to fully enjoy the show without thinking about how you will get home. You won’t have to worry about competing for a taxi or an uber. You certainly shouldn’t have to think about driving home if you’ve been enjoying those adult drinks. We offer the best in DCU Center transportation.

Our service is available for all events and concerts at the DCU Center. You can call or email us to find out more about our private car rentals. 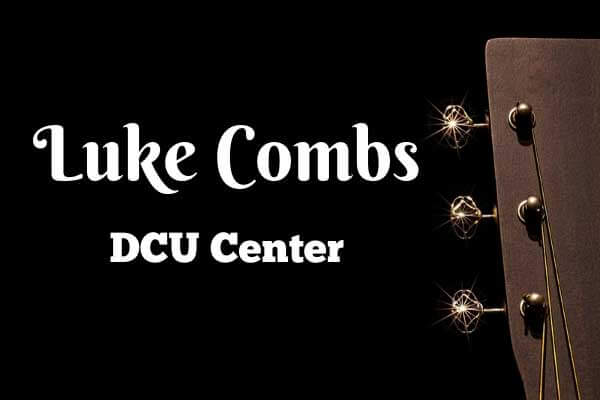