Knight's Airport Limousine Service is a proud member of GO! Taking you door to door to more than 85 airports around the world! For reservations in other cities, please visit: gowithus.com 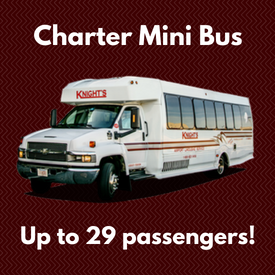 Trips to New York from Boston

Driving to New York has never been easier. A charter car service is the perfect way for groups to get to the city on your schedule. Driving to New York can actually be faster than flying into Manhattan. Between plane schedules, security, airport traffic, and flight delays, you’ll end up saving time by driving to New York from Worcester. It’s also more convenient for groups by splitting the costs. Making it far less expensive to drive than fly to NYC.

Headed on a cruise out of New York? Knight’s Airport Limousine can offer cruise transportation to Manhattan and Brooklyn at NYCruise. Cruises from New York include Bermuda, Canada New England, Europe, the Caribbean, and world cruises. Our car services are the best way to get from Massachusetts to New York for a world-class cruise.